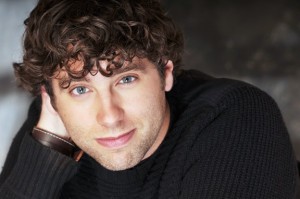 Congratulations to alumnus Jay Black (English 1999), who recently co-wrote the screenplay for the film “How Sweet It Is,” starring Joe Piscopo and Paul Sorvino.

Here’s what he had to say about his experience:

How did your TCNJ education help get you to where you are today?

When I was asked who I wanted included in the credits as a “special thanks”, I made sure to include professors Bearer and Hannold from the English department.  I can’t count how many classes I had with Professor Bearer and the reader and writer I became is in large part thanks to him.  Professor Hannold taught a creative writing class that focused primarily on the creation of a screenplay and everything I learned in that class (and I mean *everything* — from outline creation all the way up through dialog) was absolutely critical when I started making the move from stand-up comic to screenwriter.

What was it like to watch your screenplay come to life as the film was produced?

Watching the screenplay come to life was amazing.  Of course watching great actors like Paul Sorvino, Joe Piscopo, Erika Christensen, Erich Bergen, Michael Pare, and all the other talented people in the movie speak dialog that my writing partner (Brian Herzlinger) and I had written was a great thrill — but the little things were just as amazing.  Walking onto the set and seeing a stage that was built and decorated based on what we wrote in the screenplay was a powerful experience, like someone jumped into your imagination and made what they found there real.

What advice would you give to current HSS students?

Hey HSS — first thing you should know is that you have wonderful professors at TCNJ who teach you the curriculum, but who also help to develop the ability to think critically, which is important when you’re trying to make your way in an industry that you have no real idea about going into (like in my case comedy and then screen writing).  You should also know that no matter what career you choose, college is a lot more fun than any of them, so do your best to scam your parents into letting you stay for as long as possible.  And finally, while I would normally tell you that the skill of BSing on a test won’t come in handy in the real world, BSing is the cornerstone of the entertainment industry, so if you’re good at it in college, you might want to consider a career in entertainment!