Many congratulations to Felicia Jean Steele, who served as convention chair for 2019. 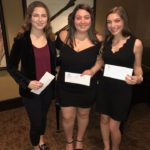 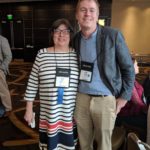 Professor Diane Steinberg with Daniel Platt (Class of 2003), who is now an English professor at Graceland College and Sigma Tau Delta sponsor