At the annual Sigma Tau Delta English Honor Society convention, this year in Louisville, Kentucky, each of the 273 registered chapters is called.

Sometimes five students rise as their school is called, sometimes a few more than five. But for TCNJ, 25 students and two professors rise—and the room takes notice.

After over 150 participants, dozens of awards, 13 conventions and numerous board positions held, TCNJ feels right at home with Sigma Tau Delta.

“The TCNJ name at convention is instantly associated with our excellent academics,” says Jenna Burke ’17, outgoing associate student representative for the eastern region. Continuing the college’s legacy, Kristen Capano ’18, was elected to serve in the position next year. 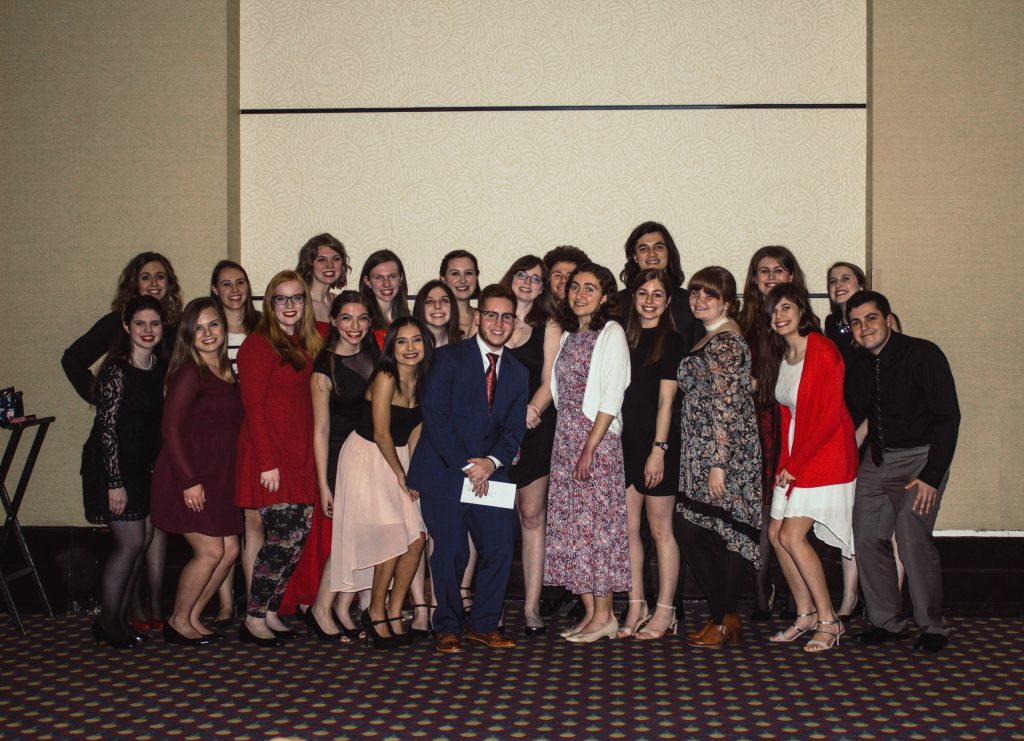 The convention lasted from Wed., March 29 to Sat., April 1, and each student both submitted an accepted roundtable or scholarly/creative work and received presentation time.

Each student is also a member of the college’s Sigma Tau Delta chapter with English faculty advisors Felicia Steele and Diane Steinberg, who serves as historian on the Sigma Tau Delta national board.

Following the address of Samantha Miller ‘17, Sigma Tau Delta student associate, in front of hundreds of students and faculty in the crowd, TCNJ students were recognized for their scholarly submissions.

Michelle Lesniak ’17 won an honorable mention for her essay “Boyhood Bonds and the Privilege of Mobility,” and James McAteer ’19 claimed a prize for his critical essay, “Grass as the Agent of U.S. National Growth in ‘Song of Myself.’”

“The English department at TCNJ is absolutely amazing,” says McAteer. “It is obvious that TCNJ takes our involvement in Sigma Tau Delta very seriously.”